Where Do Throwing Axes Rank in the Hierarchy of Missile Weapons? 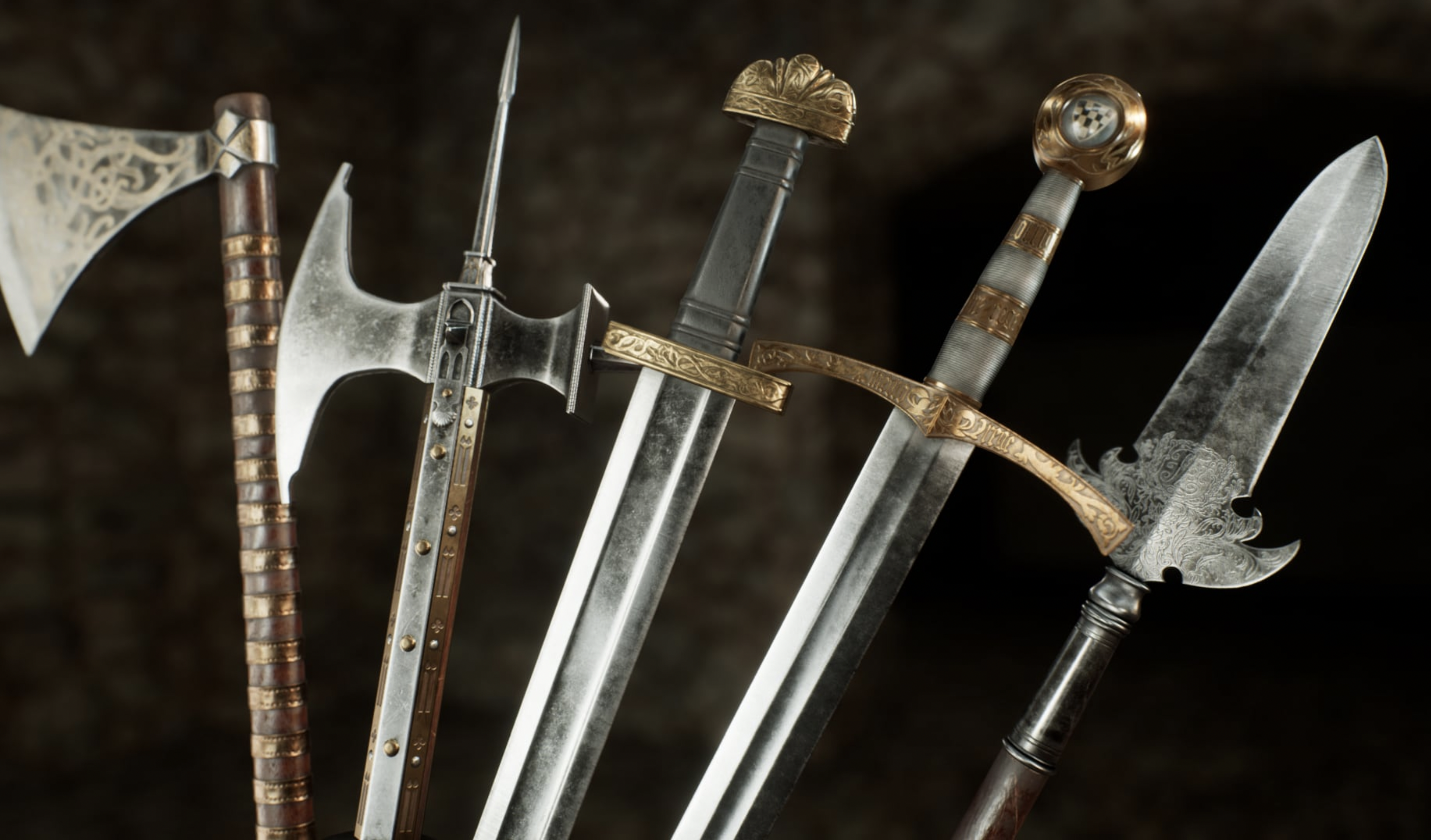 Arrows, daggers, slingshots, javelins, throwing axes … before the explosive impact of gunpowder, human beings had developed plenty of ways to hit each other from far away. But where do these weapons rank in the top trumps of missile weapons? Let’s have a look!

Well let’s start at the beginning. Before humankind had worked out how to forge shiny metal weapons, they were left grabbing whatever was closest to hand, mostly trusty ole sticks and stones. But being wily and entrepreneurial, humans quickly worked out that throwing with your arm was just the tip of the long distance iceberg. Enter the slingshot.

Simple to use and lethally effective, the slingshot (now euphemistically known in some quarters as a pea-shooter) gained biblical fame in the classic underdog story of David and Goliath… and we all know who won that one. Although the slingshot could be lethally accurate, the advent of armour and effective shields started to turn the tide against these pedals, so we are giving the slingshot a solid score of 6/10.

Next enter the Javelin. Developed from the aforementioned sticks of old, the javelin was the favoured missile weapon of Greek, Egyptian and Roman infantry. Javelin troops could be equipped with several javelins, and were used to sow confusion in the ranks of elite enemy units, allowing their own melee troops to step in and finish the job. Devastating when used in tandem, but less accurate or long ranged than the slingshot javelin gets a humble score of 5/10.

Moving on to throwing knives. Undoubtedly badass, the chosen weapon of assassins and ninjas, the throwing knife steps quite literally into the murky realm of the cloak and dagger. Not particularly effective at long range, but silent and accurate at close quarters, the throwing knife gets a slinky 7/10 from us.

Now, we have to mention the bow and arrow. The weapon of Robin Hood and feared female warrior tribe the Amazons, the bow and arrow has been the missile weapon of choice for many years. Used to devastating effect at the battle of Agincourt, the longbow was such a lethal weapon that it helped an English force see off a French army almost five times the size. The impact of this defeat led the French to allegedly cut off the first two fingers of captured English archers. Folklore has this as the origin of a very famous and very insulting hand gesture that looks a bit like this V. All this leaves us no option but to award the bow and arrow a mighty 9/10.

At last we come to our house favourite (drumroll please)…. throwing axes! First popularised by the Franks in the depths of the Dark ages, throwing axes can be found across the world – amongst Viking hordes and as the legendary tomahawk in the Americas. These hand forged objects of beauty were often intricately engraved, with Congan ceremonial axe heads often featuring detailed human faces. Fransciscas were used by the Franks much like the javelin to soften enemy ranks before a charge. Accurate up to a mighty 40ft, and devastating against armour and shields alike, these terrifying weapons often caused a foe to flee in sheer panic, terrified of an ensuing volley. But unlike the other contenders on this list the axe is truly versatile, effective at both long range and close quarters, making it score a record equalling 9/10.

Plus, in case you haven’t heard, axe throwing is the hottest new sport hitting the highstreet in London, sending bowling lanes and pool halls running for the hills.

Just throwing it out there… 😉