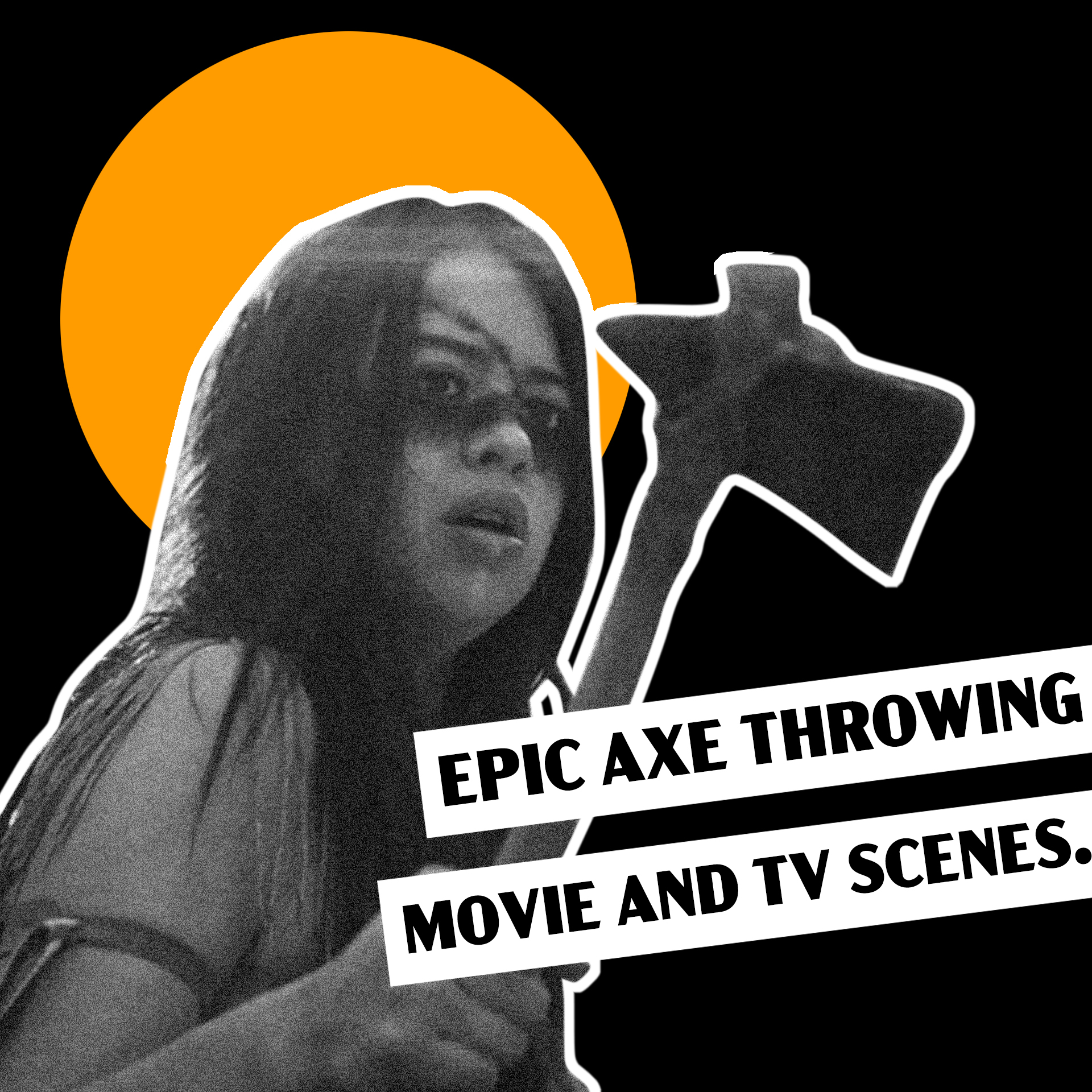 In the world of TV and cinema, the throwing axe has been the iconic weapon of many of our favourite heroes. Wielded by dwarves and vikings, heroes and villains, nothing has quite the exhilarating effect of an epic long range pot shot. Here we take a look at some of our favourite badass throwing axe scenes from TV and Film.

Prey is the latest movie in the hugely popular Alien spin off Predator series. Featuring a largely Indigineous American cast, Prey sees a young warrior of the Comanche Nation protect her tribe from one of the first deadly Predator warriors to visit Earth. Stunning cinematography and epic action sequences make this movie a diverse and exciting take on a classic series. In the scene we have chosen we see Naru training with her tomahawk. She has tied her weapon to a rope so that she can quickly pull it back once thrown, an epic addition in our book and a supremely sustainable solution too if you ask us! Check it out.

Gimli son of Gloin is such a well loved character that he has almost become the stuff of actual legend. The Dwarven warrior of J.R.R. Tolkien’s The Lord of the Rings is rarely seen without some kind of axe in his hands and the trilogy sees ample choices for this list. In the end, we had to go for his part in overcoming a terrifying cave troll in the mines of moria. This David and Goliath moment sees Gimli throw an axe that strikes the cave troll’s shoulder, distracting it for enough time so his comrades can continue the fight. Top marks for bravery, if not so much accuracy, trolls after all are a pretty big target!

The Vikings TV show features a whole lot of axes – these are Norsemen after all. But the scene we have chosen stands out for its chilling ruthlessness. The sons of legendary Viking King Ragnar Lodbrok begin to squabble after achieving a great victory. Ivar the Boneless, so called because of the disability he was born with that prevents him from walking, is being goaded by his brother Sigurd and goes from one to evil in a second. Grabbing an axe from the table, he throws it at his shocked brother, striking him in the chest and mortally wounding him. In Ivar’s defence he was left to die in the forest by his father when he was born….naahhh that’s not really a defence is it, we take it back. ICE COLD.

Mel Gibson is the marksman in this compelling ambush sequence. His buddy, played by Heath Ledger, is a prisoner of the English red coat army on his way to execution. The rebel played by Gibson waits for the company of unsuspecting soldiers in the forest and, aided by his young sons, launches a daring rescue mission. Taking out the soldiers one by one whilst his sons provide covering fire, Gibson is out of options when the last remaining red coat is using Ledger as a human shield. Throwing caution to the wind, Mel performs a textbook bullseye with his throwing axe, hitting the soldier right between the eyes. Now that ladies and gentleman is accurate.